Overview: 7km /1.5Hrs. Terrain: Quiet roads, steep here and there. Start and finish: Lough Hyne From the car park, walk back out to the road. Go left on the road, which starts to swing right, upwards – ignore the lesser level road going out left along Lough Hyne. Continue up your rather steep winding road, watching for traffic. At the top, turn left at a T-junction with a ‘Skibbereen 8miles’ sign, and then left again at the next T-Junction about 300m later. After another uphill 500m, watch for a fine ringfort on your right, just at the crest of the hill. This quiet road wanders along, generally southeastwards, with Barloge Hill on the left and improving sea views to the right over Roaring water Bay, and you should see over to Mount Gabriel near Schull. Ignore a lesser road down to the right just after a ruin, and then after another uphill your road soon begins a winding descent and swings left. Ignore for now a T-junction, and continue down 300m along a leafy lane to the pier at Bulloch Island. The narrow rapids out of and into Lough Hyne are over to your left, but are difficult to get at. When ready, go back up to that last T-junction, and now you turn right, to return on a lovely level walk to the start, beside beech, holly, whitethorn and woodbine. 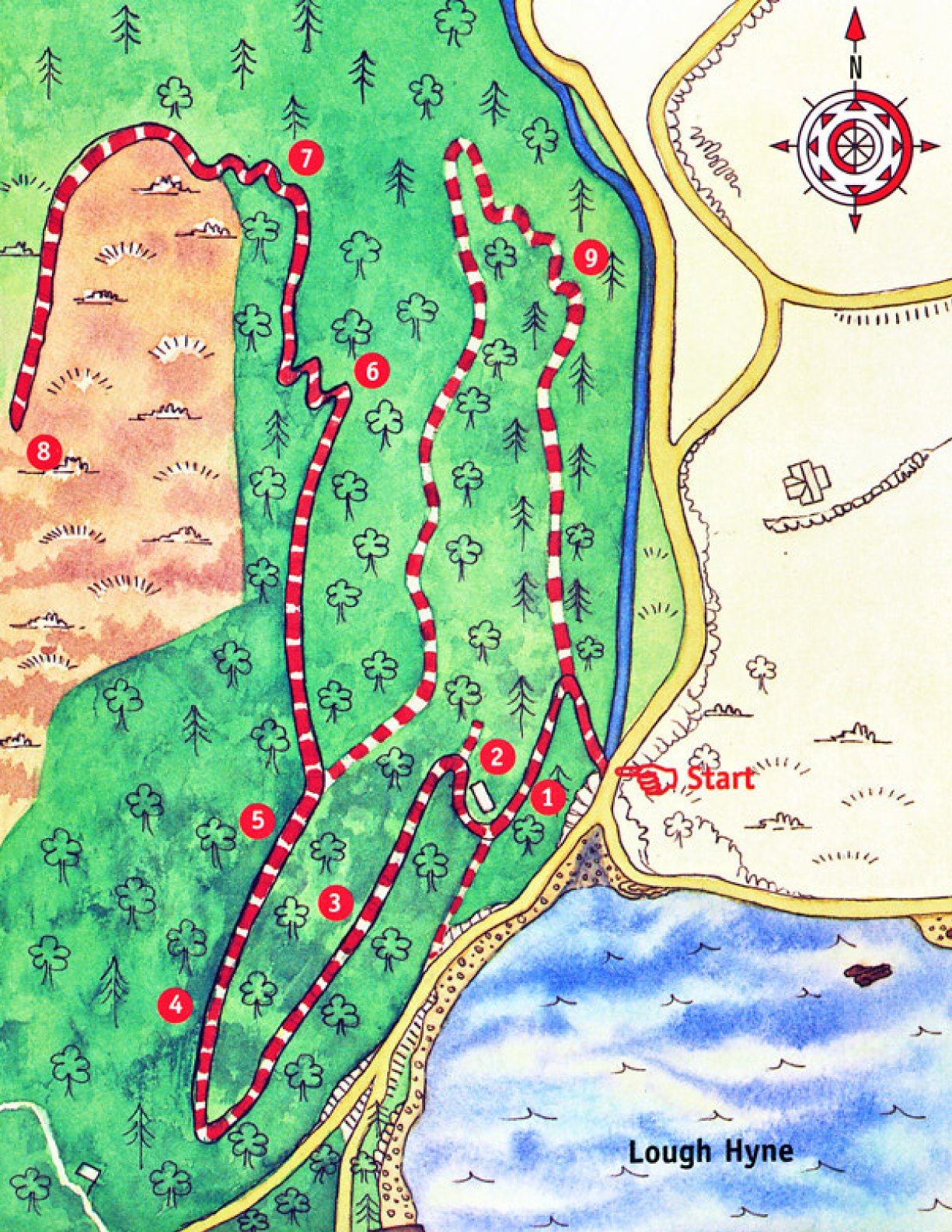