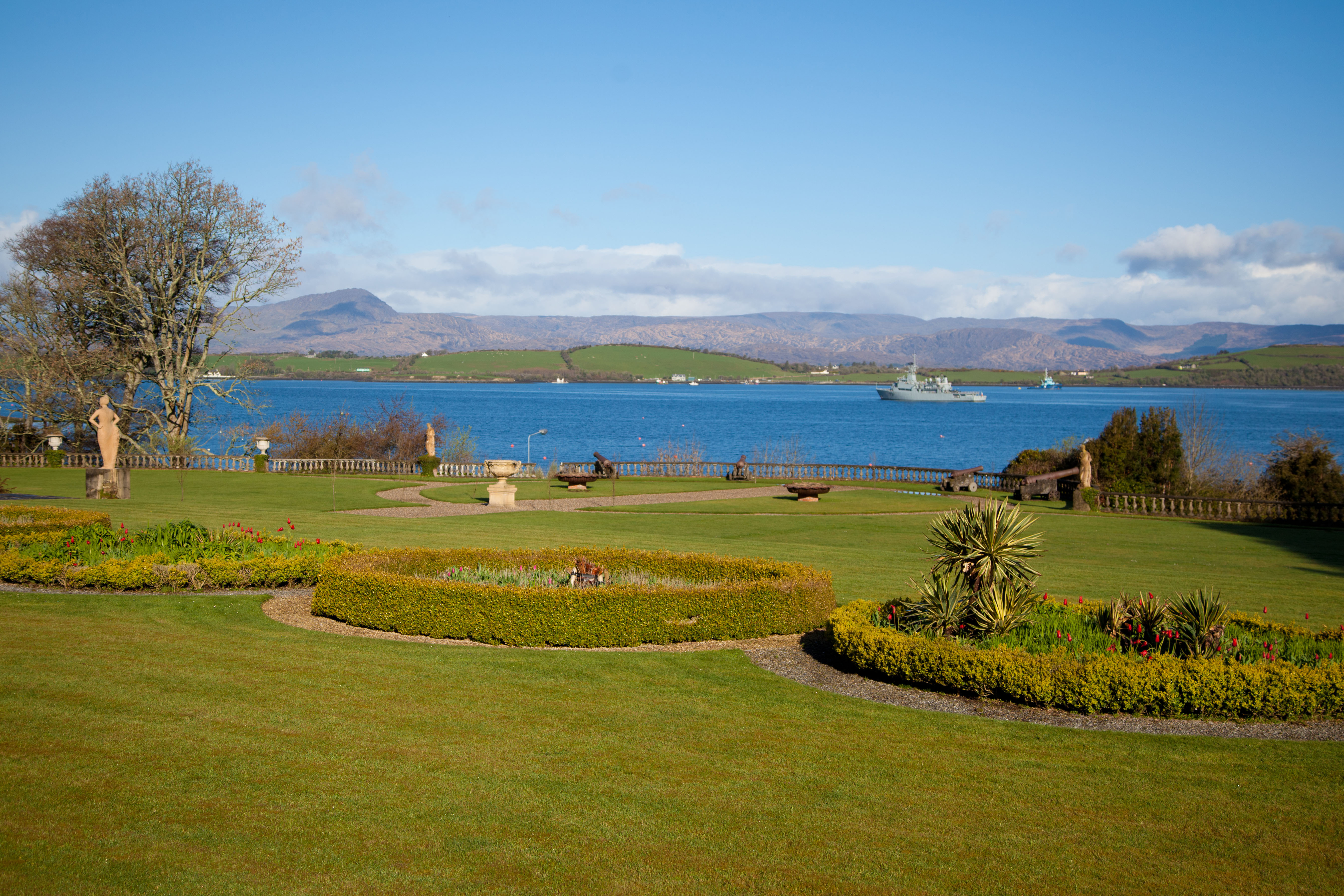 Resting between peninsulas in Bantry Bay, Whiddy Island enjoys a superb strategic position in one of the world’s finest deep water harbours. The result is a lively and vibrant naval history.

During World War I, seaplanes from a US navy base on Whiddy patrolled Fastnet Rock. The island’s drinking fountain, known as the ‘Cup and Saucer’, was made by American naval officers. More recently, the island serves as a Gulf Oil terminal for berthing supertankers. It was here, in 1979, that the French tanker Betelgeuse exploded in what remains the biggest maritime disaster in Irish history.

Of course, there’s more to Whiddy than modern industry and warfare. At the Kilmore lakes, an early ecclesiastical enclosure features a holy well, church and graveyard dating from the 6th century. In the early 1500’s the great chieftain, Donal Cam O’Sullivan Bere, built Reenananig Castle on the island, which was bombarded during the Cromwellian Wars, and finally collapsed in a 1920 storm; however three magnificent forts have survived.

The result is a fascinating prospect – an island where walkers can absorb a landscape heaving as much with history as it is with red and purple fuchsia in the summer months; a hideaway where bird-watchers can break out the binoculars; an escape where everyone can grab a well-earned drink at the welcoming island pub. Whether you’re walking, boating or simply relaxing here, you’ll find an island of hidden depths.

Size: 4.8km x 1.6km. Whiddy is usually seen as a daytrip, but overnight stays are possible.

Getting around: Visitors to Whiddy can hire bikes, take boat trips, or explore the island by foot.