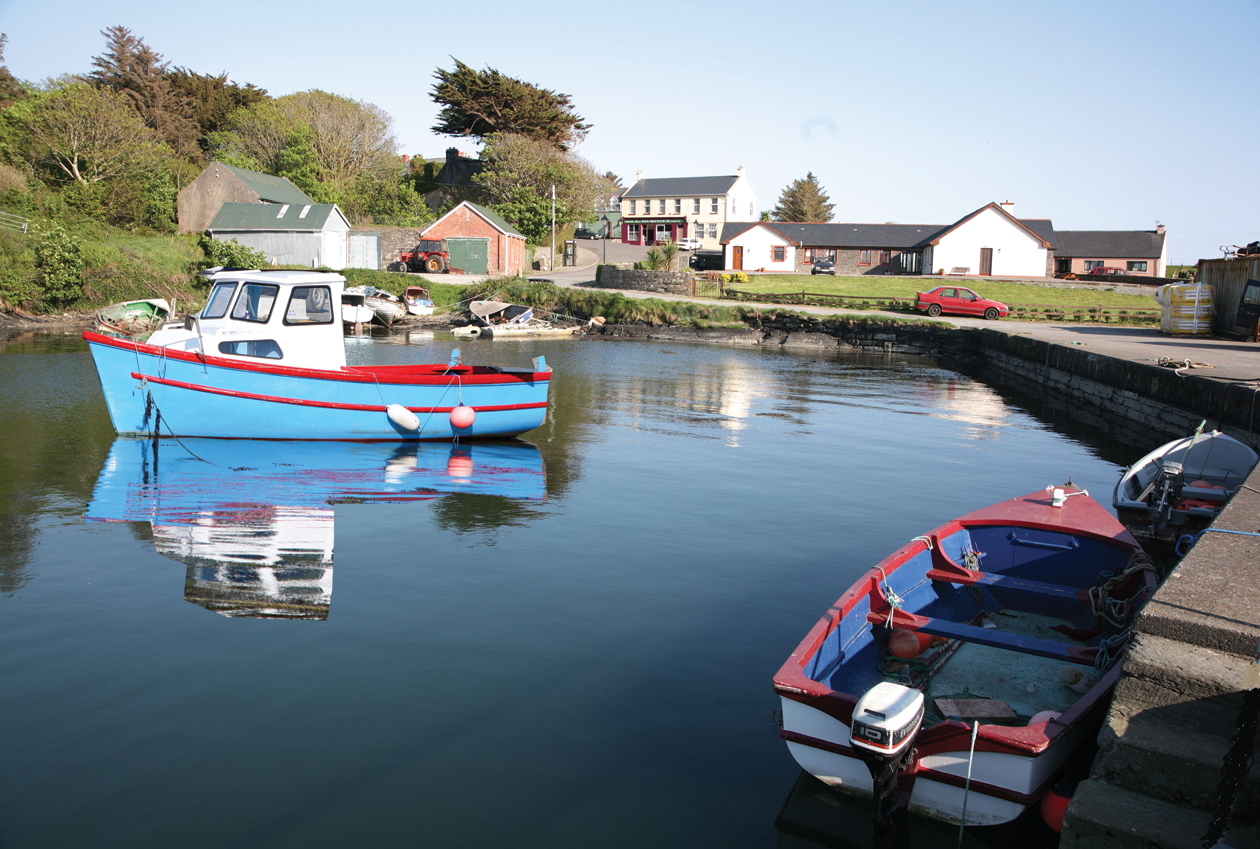 Bere Island’s place in history is assured. Its Martello towers date from the Napoleonic wars. Several American ships based here during World War I met their fate at Pearl Harbour. After the Anglo-Irish Treaty of 1921, the island became one of three Irish ports retained by the UK.

Why has it so often been at the centre of events? The answer is the island’s strategic position at the mouth of Europe’s deepest harbour. Berehaven and Lawrence Cove offer unrivalled shelter for boats of all sizes, something settlers have recognised since the Bronze Age – as the Druid’s Altar wedge tomb, St. Michael’s Holy Well and a scattering of standing stones and ring forts testify.

But it is its military might for which Bere is best known. In addition to the Martello towers, the island is home to a signal tower and, Lonehort, a military fortification dating from 1899 and housing two six-inch guns, an infantry trench, engine house and various underground structures.

The result is unique, almost like an open-air museum. A looped walk (guides available) takes in the best of the sites, with wonderful mainland views of the Slieve Miskish and Caha Mountain ranges of the Beara Peninsula, and the marina is perfectly suited to visiting sailors.

That said, the deep waters of Bantry Bay are not solely taken advantage of by man. Killer whales, basking shark and bottle-nosed dolphins are all regular visitors, making Bere Island one of the primary bases in the southwest for diving, sea safari, deep-sea fishing and watersports.

Bere Island boasts a local theatre troupe. It has also been voted Ireland’s Tidiest Island five times in a row!

Location: Bantry Bay. By road, the ferry port at Castletownbere is roughly 48km (1hr 40 mins) from Kenmare and 51km (1hr 20mins) from Bantry.

Size: 11km x 5km. Bere Island can be enjoyed in a short visit, but a longer stay (around two days) makes for a much more rewarding visit.

Getting there: Ferries sail year-round from Castletownbere. Sailings take 10 minutes.

Getting around: Visitors can explore Bere Island on foot, by bus, or by hiring a bike.