Courtmacsherry is a charming seaside village just five minutes off the R600 Kinsale-Clonakilty coast road. Only 27 miles west of Cork City the village and surroundings are an attractive holiday venue with lots of activities.

Courtmacsherry is a tidal harbour and its broad expansive waters lend itself to a variety of safe and sheltered sailing and leisure areas.

The name Courtmacsherry comes from “Cuirt Mhic Sheafraidh” in Irish, which means MacSherry’s Court, the name of the early settlers. The name was later anglicised to Courtmacsherry.

This charming village was formerly the summer home of the Earl of Shannon who planted many exotic trees, shrubs and woods around the village. The village of Courtmacsherry grew in Victorian times as a haven for holidaymakers from the city of Cork.

In the early 18th century, the Coast Guard spent much of their time chasing would-be smugglers along the coast. The Coast Guard cottages still dominate the slope overlooking the harbour.

The village consists of a single long street on the south shore of Courtmacsherry Bay, with thick woods on rising ground behind. The woods (planted by the Earl of Shannon in the late 18th century) continue beyond the village eastwards to the open sea, ending abruptly at Wood Point. Between the village and “The Point” the trees run right to the water’s edge and there are several natural bathing coves along the way.

Today Courtmacsherry has a vibrant community with several developments taking place, from improved facilities such as the refurbished pier and pontoon for boat’s and yachts to the promenade and tennis court. The village has many fine pubs and restaurants with local entertainment nightly.

Barryroe is a townland close to Courtmacsherry, which is renowned for the beauty of its landscapes and coastline. Numerous small secluded beaches come under Barryroe including

Barryroe has given its name to is an oil/gas field recently discovered in the Celtic Sea due south of Cork, close to the exhausted Kinsale Head gas field – it is as close as 3 kilometres to the Kinsale Head existing pipeline. It has been rated as the equivalent of a large North Sea Oil Field. 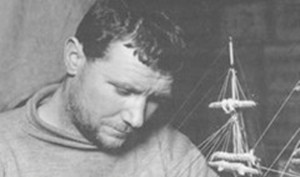 In August 2012, to commemorate the centenary of his valuable contribution to Antarctic exploration, a bronze statute of Patrick Keohane was unveiled close to where he was born near Barry’s Point.

Patrick Keohane, a Royal Navy Officer, was a member of the second support group assisting Scott on his ill-fated ‘Terra Nova Expedition’ to reach the South Pole. On December 22, 1911 at glacier summit, 85º 15′, Keohane’s group was ordered to return to Cape Evans while Scott continued on his quest.

The arduous trek back to Hut Point took thirty-six days and proved hazardous for the thirty-three-year-old Keohane. Eight times in twenty-five minutes he courted death when he fell down crevasses – exhausting the full length of his roped harness. Looking a ‘bit dazed’, Patrick arrived back at Hut Point on January 26, 1912.

Born near Barry’s Point in 1879, Patrick’s adventurous nature and love of the sea lead him to join the Royal Navy in his mid-teens. His commitment and abilities were rewarded when he was promoted to the rank of petty officer (the equivalent of sergeant in the army). He served on HMS Talbot with Edward Evans who further acknowledged his prowess as a sailor and selected Keohane to participate in the Scott’s Terra Nova Expedition 1910-1913.

On March 26, 1912, Keohane and senior naval officer in charge at Cape Evans, Edward L. Atkinson, made a courageous attempt to search for and rescue Scott and his men. They set off from Hut Point in minus 40 degree temperatures, for the One Ton Supply Depot, man-hauling a sledge with enough provisions for 18 days. The intense cold winter weather made it impossible to trek further south than Corner Camp where they left enough provisions for a week and returned to Cape Evans despondent and heavy-hearted.

After the dark Antarctic winter —March to September — had passed, the West Cork adventurer joined the group who went on the poignant journey to retrieve the bodies of Scott and those who had died with him.

After returning to Wales aboard the Terra Nova in June 1913, Keohane came home to Ireland and got married. In 1915 his daughter was born and named Nova after the expedition. That year on May 7, the Lusitania sank, eleven miles off the Old Head of Kinsale, killing 1,198 with 764 lives saved. Patrick’s father, Tim Keohane, was one of the lifeboat men that rowed from Barry’s Point to help in the rescue.

During World War I Patrick continued to serve in the Royal Navy. Following the war he joined the Coast Guard but rejoined the Royal Navy during World War II where he took charge of sailor training on the Isle of Man. When the war ended, he returned to Plymouth where he had first joined the navy. He lived there until his death in 1950 aged 71. On display in the Plymouth City Museum is a photograph album belonging to Keohane, containing 28 historic photographs of the Terra Nova Expedition.

At his funeral in 1950 a fellow polar team member, Apsley Cherry-Garrard, said of him, “He was a man who wanted to see what was on the other side of the hill – and he saw!”

There are a number of very pleasant short strolls around Courtmacsherry and its environs. The beautiful Bay Walk – from Courtmacsherry to Timoleague is 3 miles on flat pathways so is suitable for young and old.

The Seven Heads Walk extends from Timoleague Village through Courtmacsherry, around the rugged cliffs and shore line to Dunworley and on through Barryscove and Ardgehane to Aghafore and Barry’s Hall and then back to Timoleague. The walk embraces a very interesting and varied territory in the course of its entire distance of approx. 42.5km around the peninsula. As there are several routes and circular walks one can choose a route to suit the time and energy available.

The walkway leads through a variety of different types of scenery, rocky coastlines with magnificent marine life, sandy beaches, extensive rich farm land, picturesque villages and farm yards, prolific bird life with some rare birds such as the choughs and the little egret, old woodland and hedge rows with fuchsia in abundance. See the Walking section.

There are several beaches in the area from which to choose; Courtmacsherry Beach, Coolmain Strand, Dunworley Bay and Ballinglanna. Drive via Butlerstown to Coolum Cliffs, which are the second highest cliffs in Ireland.

The Argideen River is primarily regarded as a sea trout fishery. The river is jointly managed by Argideen Anglers; Association and the southwestern Regional Fisheries Board and there are two private stretches that are not let. The Argideen Anglers control the fishing on the best 2-3 miles of the river, from Timoleague upriver. Fishing is for Sea Trout, mainly nighttime fly fishing.

Courtmacsherry has established itself as one of Ireland’s premier angling centres. The clean Atlantic waters warmed by the Gulf Stream add to the prolific marine life and species of fish, which live off the shore.